6 Kids Who Remember Their Past Lives (video)


From the Weird World channel:

I remember when this happened. The young woman whose name is, in fact, "Amelia Earhart" and looks compellingly like her (though they aren't related) successfully completed the much older woman's flight which ended tragically in the 1930's. Not that this has anything to do with reincarnation, but things like this make me wonder ...
https://www.nbcnews.com/news/world/amelia-earhart-completes-around-the-world-flight-n154706
By Jody Paulson at November 29, 2019

Is There Life After Death? moderated by John Cleese


Anything that's moderated by John Cleese is worth watching! :)

Concerning "NDE's" (near-death-experiences): I have heard a couple accounts in person. One was from a lady I was in a college play with. She was stung by a bee as a child, and being allergic to bees, she actually died and had to be revived, but she reported that she left her body and described being able to travel freely. I knew this lady personally and she was just about the nicest lady you can imagine, very well grounded, not at all the kind of person to lie to get attention (unlike some theatre people I know ...). Another was from a guy who gave a small talk at seminar. He was gravely wounded as a soldier in Vietnam and seemed a very down-to-earth individual. He gave another exceptionally detailed account of what happened while everyone presumed he was dead. I myself remember attending my own funeral in a past life. So when I see BS on the news by proven liars like Brian Williams and Elizabeth Warren, and compare them with my own experience and the quiet stories from people who have nothing to gain ... I know who I'd rather listen to.
By Jody Paulson at November 26, 2019

Ian Stevenson’s Case for the Afterlife: Are We ‘Skeptics’ Really Just Cynics?


If you’re anything like me, with eyes that roll over to the back of your head whenever you hear words like “reincarnation” or “parapsychology,” if you suffer great paroxysms of despair for human intelligence whenever you catch a glimpse of that dandelion-colored cover of Heaven Is For Real or other such books, and become angry when hearing about an overly Botoxed charlatan telling a poor grieving mother how her daughter’s spirit is standing behind her, then keep reading, because you’re precisely the type of person who should be aware of the late Professor Ian Stevenson’s research on children’s memories of previous lives. 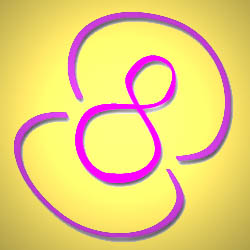 Jody Paulson
I believe it's up to each and every one of us to contribute our own special talents to make this world a better place for all of us. I'm currently locked out of my political Twitter account (@jodypaulson), but I highly recommend @greentaralady for lighter, greener fare.